I had back surgery 3 weeks ago to fix my VEPTR/Rod that had broken. On Sunday night I started having back pain and only got 2 hours of sleep. When I woke up (from the 2 hours of sleep) I was in the worst pain. Worse then when I broke my rod. So my mom hurried and got me an X-ray to see if my rod broke again. After we saw the X-ray we knew it wasn’t the problem.
So for the rest of the day i was just laying in bed and didn’t really have an appetite. We had a little suspicion that it was an infection but kind of just pushed that theory aside because we didn’t want it to be that. We had taken my temperature and it had been normal until around 8:30 pm yesterday when I got a headache. I don’t usually get headaches so I took my temperature and it was 102.9. So I told my parents and we decided that we didn’t want to risk anything so we went to the ER.
We got to the ER around 9 and usually when we go to the ER it takes 8+ hours to be admitted but yesterday they were really fast. I was able to be admitted in 5 hours. They drew blood and had to try for an IV twice. We didn’t see any abscess forming until after they did IV antibiotics. And it was huge. I don’t think we would have saw it for a while if we didn’t go into the ER.
When I was admitted it was 2am and my mom and I were exhausted. I got little 10 minute naps in the ER but my mom didn’t sleep at all. So when I got to my room my mom helped me out with getting situated into bed then left and got home around 3:30am. Now the most recent update is that they are going to have to operate to clean it out. I am actually glad because we caught it on time because it could be so much worse. Wish me luck!
Posted by Herrin Twins at 8:38 AM 2 comments: 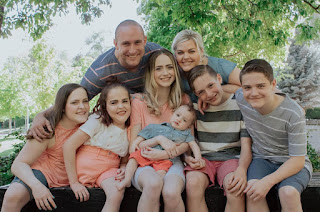 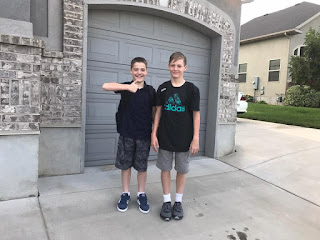 Posted by Herrin Twins at 7:13 PM No comments: