another school years is coming to a close

Well time just is going fast... Courtney is finishing up her 6th grade year. I've learned a lot this year about her. I knew that Courtney was responsible with school, but this year with 10 different classes she has really shined. She tried out again for the Bella Me dance company at school and made it. 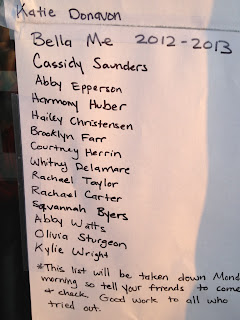 We are so proud of her hard work.  I always tell my children, "nothing worth doing is ever easy".  This wasn't easy.  She had to learn a dance the night before and perform it the next day at try-outs in front of the judges. She had to learn another dance and perform that one as well, on the spot.  She said the first time she messed up, but then got a call back and NAILED IT!!  I'm sure there is no way that I could do the things she does.  And she also gets excellent grades. 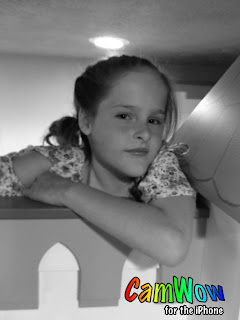 Kendra is a CHAMP!!  She went through a lot this past couple of months.  The expansion surgery really made her doubt herself and her abilities.  She's had a hard time returning back to school.  And I made the appointment for her BIG surgery on June 4th.  She really let me have it, she told me that she wasn't going to have the surgery and it was going to mess up her whole summer.  She wouldn't even look at me and tears were streaming down her face.  The thing that hit me the hardest was when she said she was so sick of having surgery and asked me why she needed it so much.  I had to explain to her after she calmed down about how important it was to keep her safe and her body safe as well.  We came up with a better plan that she feels good about.  We are scheduling her surgery for the Fall, when everyone is returning back to school.  That was the time she felt best about.  And we are going to a pain doctor to help better manage her pain. 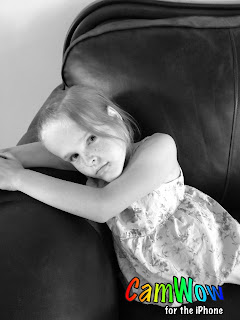 Maliyah made major progress this school year.  Her reading jumped 30+ words per minute in reading.  She's kicking butt!!  It helps that she has hardly missed school this year and her health has been fantastic.

Justin and Austin at their Art Extravaganza.  Justin was having such a great time singing.  There were parents that came up to us after to say how funny Justin was and how they tried to watch their own child, but he was too funny.  That is my son. :) 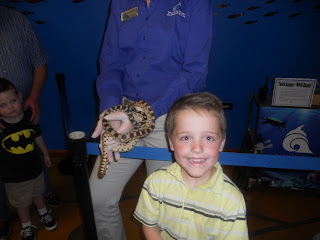 Justin also loves snakes right now.  He wants to be a Snake-Man when he grows-up.  The kids were getting ready for the Solar Eclipse by making a fort.  Alli started barking like crazy.  Courtney went over to see what was wrong and there was a gopher snake hiding under the wagon.  Jake was able to catch it and let him and Austin play with it for a little while.  Then they let it go.  Justin was in heaven. 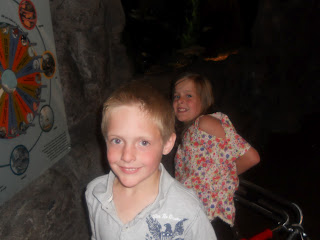 Sweet boy Austin.  He loves flag football.  Jake is their coach.  He's made touchdowns and had a interception.  In first grade they have an Opera.  He's going to be a robber. :) 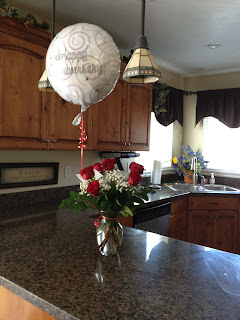 Jake and I just celebrated our 13th wedding anniversary.   :)

Have a great day!
Love,
The Herrin's
Posted by Jake Herrin at 7:24 PM 3 comments: